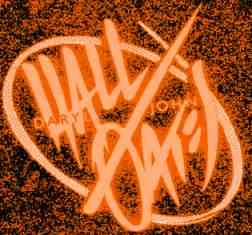 Has there ever been an act that has done less with more? You are in the Top 40 of acts with the most all time hits, yet you are probably the least known of that group.

When you left Arista, we were told by your top gal, NoCanDu to expect the unexpected. With your own label/studio, you didn't face the restrictions faced by other acts, which meant anything could happen at any time. You could head into the studio on the spur of the moment and record an album/single/video and release it just as quickly because there was no major label suit telling you what to do!

What has happened or maybe the question should be why has it not happened? When was the last time you recorded a tune and then put it on your website for free just to tide folks over until something bigger and better came along? What about all these chances you could now take with your music you couldn't before when the commercialism was king? A halliday CD? A remakes CD? Instead of taking chances, you have become lazy, boring, and sadly predictable!

What is next in this great no holds barred adventure? A live record? Another remakes CD? It's like you are using this freedom to milk the HO brand name without having to get off your butts and do something that actually requires work and creativity!

c
COS
Re: Message to Daryl Hall & John Oates

Have you checked out www.hallandoates.com lately? The guys have been up to their necks in projects since shortly after your post on the subject.
:D